Little do most of you know about a real person called Ann Demeulemeester, a fashion designer quite famlous during the early Nineties and way into the new Millenium. But just before "The Millenials" took over the reign of consumption, she decided to leave her label behind in 2013 and from that moment on the brand left his spiritual power.

As of today we read in The Busines Of Fshion about a come back of the brand, actually, only by re-inventing all her inventions: Her focus on fabric qualities, her Blacks and her Whites, her boots and her t-shirts.

But is that really enough to get Ann Demeulemeester as a brand back into our desire zone?

I personally never bought anything by Helmut Lang again once this other designer-legend left his fashion house. And so far I prefer to wear my classic leather jacket by Ann Demeulemeester one more decade instead of buying some piece that feels like a replica. 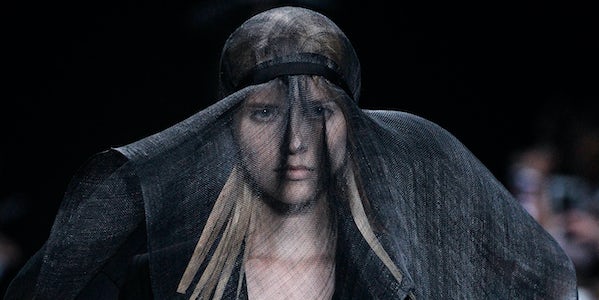 In an exclusive interview, the co-founder of New Guards Group and owner of the Antonioli boutique in Milan lays out his plans for the revered Belgian brand.