How to Leave Heroin Chic Behind And Become A Heroine

Amber Valetta was part of that specific group of young models we targeted in 1998 for German Cosmopolitan`s cover Story "Lasst uns leben - Leave Us Alive"; back then drug abuse was a big thing among a new generation of models, the photographer Davide Sorrenti had just died, his then model-girlfriend James King was in turmoil - and as our fashion team had worked with Davide´s mother, photographer Francesca Sorrenti, we all felt, we had to do something about it.

So, during fashion week in Milan, September 1997, Francesa and I went backtstage to talk to the girls, most of them friends of Francesca´s children, Davide, Mario and Vanina, many of them had been working in front of the camera of either one of them; all of them were well aware of the tragedy that just happened. We wanted them to talk about their situation, how they all were seduced twenty four seven to use one drug or another, and none of those so called more mature people, like photographers or designers, being protective.

There was even a word for that kind of look - "Heroin chic" meant turning up more wasted than just upbeat, with a "dazed and confused" attitude, always on the verge of a nervous breakdown..

As you can see on the cover ot German Comopolitan´s trend-Issue the following February 1998, we got a lot of them to talk to us and get them in front of Francesca´s camera - not all of them in real danger to become an addict - but pretty aware of the awkward situation they were living in.

Among some of those more famous girls who would NOT want to be involved was Amber Valetta. We met her backstage at Prada in the company of a relative who shielded her from stylists, fellow models and journalists; rumor had it, that she had just come back from rehab and was still too fragile to talk to strangers.

Amber Valetta was one of the top top top models of the moment back then. She entered fashion world when she was fifteen, coming from Tulsa, Oklahoma, and made a career within a few years, being one of the most booked faces for covers or campaigns alike, being a favorite of all the important photographers, magazine editors, designers.

Her beauty defined the Nineties, in a way. But the price she payed was very high.

The thing is: On her way to become that beautiful grown up woman in her forties she is today, Amber Valetta managed to stay alive.

She got sober at the age of 25 and has been ever since. She blames nobody and no business for her personal history with drugs, something you almost never hear. And she has a lot to say about how fashion should be now - she works on topics like sustainability actively.

Listen to the inspiring conversation she had with Tim Blanks during BoF´s "Voices" conference in 2017 - it ist still worth it.

Please feel invited to get back to me with your own memories of those days - or any personal thought about mine.

Amber Valletta: 'Use Your Beauty and Your Brains' 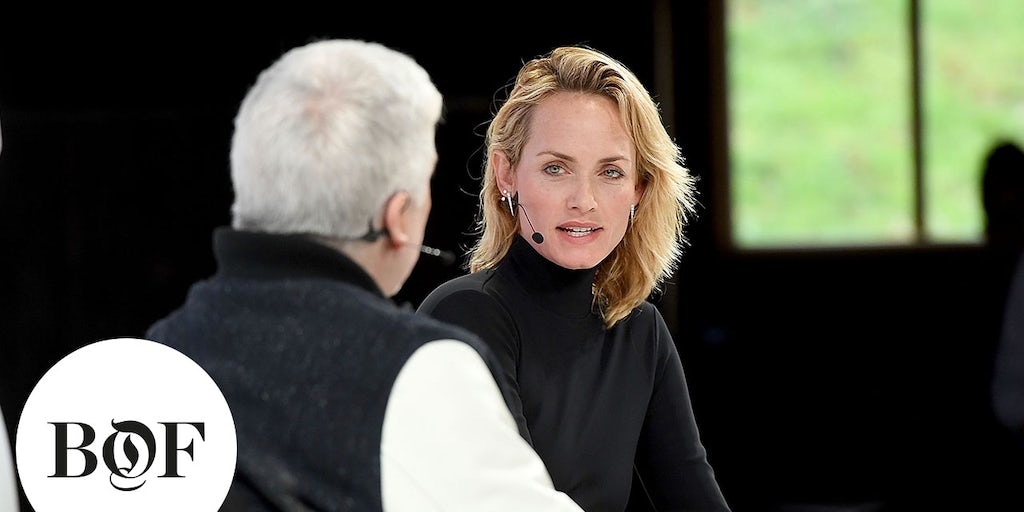