You might have been considering to go see the the sequel of "Jurassic Parc".

After all, it is the summer of "Top Gun", the movie that made us believe in big screens again and movie stars and simple story telling. So why not check out Jeff Goldblum again?

I mean, Laura Dern became a really interesting actress within a modern world of TV shows and independent movies. Just think of "Big Little Lies" or "Marriage Story". And Goldblum? Whatever happened to him?

They had become lovers during Jurrassic Parc - if not for long, the chemistry still seems to work between Ms-More-Than-Smart and Mr-Forever-Cool.

Speaking of, you might want to watch the Jimmy Fallon show to checkout Goldblum´s runway-model skills - that episode also works as a really impressive Prada ad!!

But you should definitely listen to his appearance (we need a new word here for someone you might not see) on "Happy Sad Confused", one of my favorite podcasts where Josh Horowitz gets nerdy and intimate with the biggest movie stars and filmmakers on the planet.

"Each and every week, you’ll hear in-depth, career-spanning conversations with everyone from Emma Stone and Hugh Jackman to Woody Allen and Quentin Tarantino. If you’ve ever wanted to know what it was like to get casual with A-listers like Anna Kendrick, Tom Hiddleston, or Kristen Stewart (all HSC regulars), then come on in and join Josh in the Happy Sad Confused studio."

That is the original promotion text - and it is also completely true!!

The one last week was taped in front of a LIVE NYC audience and it is a delightful journey through Jeff's career (including JURASSIC PARK and JURASSIC WORLD: DOMINION of course) but also through the many films and actors who influenced him.

Also: Funny and very eloquent on Goldblum´s side. 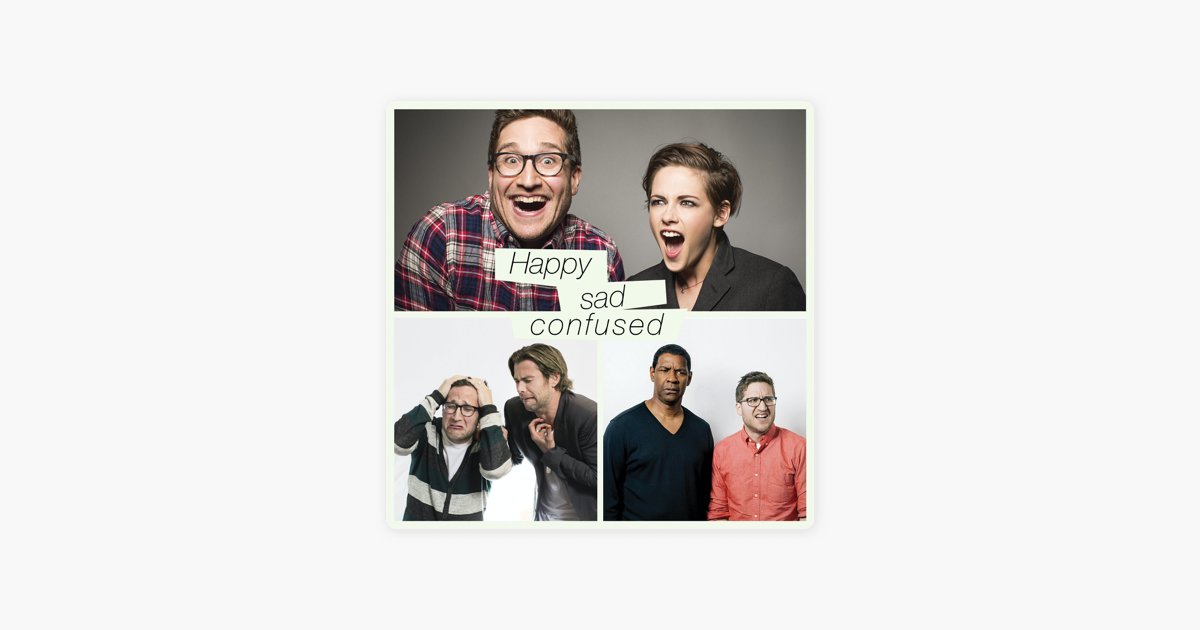