When you grew up during the Eighties and you had some taste you could not not love "The Talking Heads".

More so - for me frontman David Byrne was the musician to define that era, he looked great, had all the moves and all the songs I could sing along. When MUBI downloaded Jonathan Demme´s "Stop Making Sense" last week, a film to cover the 1983 promotion tour for the then new album I took another look - and felt the same excitement I felt more than thirty years ago.

Everything about that movie still feels fresh: The female bass player Tina Weymouth, the growing band onstage, with Byrne starting all alone with an accustic guitar and a ghetto blaster, his dancing, his oversized suit, the backup singers, the almost Techno sounding beats.

And also the vision - digital filming, a first back then, and the conceptual presentation.

Go check it out at MUBI.com and learn something about what really made sense back then. 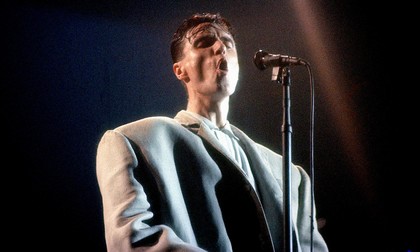