The Times, They Are A A-Changin´

I took this snapshot of Juergen Teller backstage at a Helmut Lang fashion show 1994 - legendary for its delay, making a crowd of hundreds of international journalists waiting for almost one hour in a freezing cold place somewhere in Paris.

I remember us all being covered by rescue blankets in the end, handed out by Lang´s staff, still waiting patiently for the defilée to start.

When I read Tim Blanks´ article in "Business of Fashion" this morning I could not help but think about how long those times have gone - already way before this twice-a-year-spectacle might come to an end this year due to Corona´s new reality.

The pure excitement you felt, seconds before the show began, when the lights went down and the music started, waiting for the new vision of those designers who shaped the last important creative decade of fashion, from the mid-nineties until, say, the end of the now so called "Zero-Years" of the new millennium; when fashion was a cultural contribution, like literature or the movies, something someone might make money with - but also: Something beyond commercial goals.

That started to fade away, when fashion shows became marketing tools, multiplicated by the internet and therefore by people who never knew anything about what they were talking about in the first place. Exchanging interesting, sometimes even intellectual perspectives with the pure quantity of follower-ship.

As genius British comedian Ricky Gervais once pointed out: "How crazy can you be to make a referendum to let people decide? As long as you have to put labels on bottles filled with weedkiller, saying: Do Not Drink! I mean, get rid of these labels for two years - and then let's have a referendum."

The Death of Fashion Shows? Not So Fast. 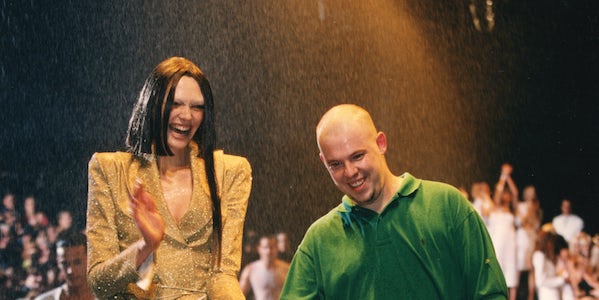 ‘I come to praise shows, not to bury them,’ writes Tim Blanks as he kicks off a journey through his top fashion shows of all-time.