When We Still Had A Dream

One very special birthday of mine we spent in Los Angeles. I remember vividly checking in at the Chateau Marmont, completely jet-lagged after an 14-hour-flight only to find out about a celebration that very night for the cast of "Mad Men" after their very successful first season. We decided on the spot to have a quick shower and several espressos - and then go and join the party.

The lobby of the hotel was plastered with covers of "GQ Magazine - Don Drapers´s John Hamm was one among other "Men of the Year 2008" - like Leonardo Dicaprio or Michael Phelps - and also our biggest new hero: Barack Obama had just won to become the next president of the United States. The whole world, it seemed, had been following this young man from Chicago who wanted "Change" and was convinced that "Yes We Can". This would be the start of a whole new era, we thought.

Watching a lot of talk shows, TV interviews, portraits of the "president elect" and his equally impressive wife, we got the feeling the whole country seemed to be proud after this historic election: How cool, modern, fast forward was this nation still compared to the rest of the world?

We all had to learn, that one president actually will not change anything. At least not for the better.

The mayor of Minneapolis, Jacob Frey, just revealed in an "New York Times" interview podcast that not only did he know about terrible suspicions going on within the local police department long before the murder of George Floyd, he also confessed that three or four of his predecessors had already unsuccessfully tried to change things for the better as well.

In other words: It does not matter who you vote for, nothing will change anyway.

Maybe that is why people now gather in the streets and fight for their rights the not so well-mannered way? Because, as the poster of one protester said: "White people should stop reminding us of the peaceful fight of Dr Martin Luther King. They killed him, too."

The Daily - The Mayor of Minneapolis 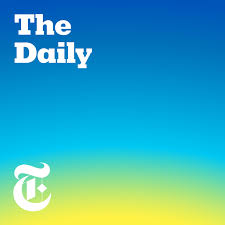 As nationwide protests about the death of George Floyd enter a second week, we speak with the leader of the city where they began. Guest: Mayor Jacob Frey of Minneapolis. For more information on today’s episode, visit nytimes.com/thedaily  Background reading:  * Mr. Frey came into office in 2018 on promises to fix the broken relationship between the community and law enforcement in the wake of two fatal police shootings. This is what he has done in the years since.